Is Huawei wiring Africa for surveillance? Or just for money? 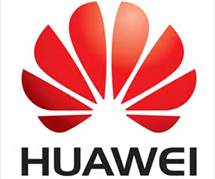 Chinese telecommunications giant Huawei may have been all-but-barred from doing business in the U.S. over allegations that it’s basically an intelligence agency masquerading as a tech business. In Africa, however, Huawei is thriving.

From Cairo to Johannesburg, the Chinese telecom has offices in 18 countries and has invested billions of dollars in building African communications networks since the late 1990s. The company’s cheap cellular phones today dominate many of Africa’s most important markets — and that was before Huawei teamed up with Microsoft earlier this year to launch a low-cost smartphone on the continent. Just in the past few months, the firm closed a pair of telecommunications deals in Africa each worth more than $700 million, part of an African business that brings in more than $3.5 billion annually for the Chinese firm. According to Huawei’s marketing materials, the projects are all part of a mission of “Enriching [African] Lives through Communication.” But current and former U.S. officials — as well as outside security analysts — worry there could be another agenda behind Huawei’s penetration into Africa. They suspect that the Chinese telecom could be wiring the continent for surveillance.

“There’s a great deal of concern about Huawei acting to advance the interests of the Chinese government in a strategic sense, which includes not only traditional espionage but as a vehicle for economic espionage,” former Department of Homeland Security secretary Michael Chertoff told FP. “If you build the network on which all the data flows, you’re in a perfect position to populate it with backdoors or vulnerabilities that only you know about, you’re upgrading it, each time you upgrade the network or service it, that’s an opportunity” to install spyware.

Huawei spokesman William Plummer called such concerns “silliness,” noting that the company “did $35 billion in business last year, 70 percent outside of China. We will not compromise our commercial success for any government.”

China has made no secret of its interest in Africa, investing more than $67 billion into large-scale projects on the continent from 2006 to 2012. Hundreds of Chinese troops are helping keep the peace in Mali, while Beijing’s warships have contributed to the fight against pirates off the coast of Somalia for years. And no wonder: China is becoming increasingly dependent on Africa’s farms to feed its people, on Africa’s minerals to run its industries, and on Africa’s oil to fuel its cars. China needs Africa as a partner — the closer, the better.

“Across Africa — but especially in demographically large or resource-rich nations — Huawei is offering exceptionally competitive prices, generous financing, and fully managed systems to governments that otherwise have grave difficulty expanding into broadband (and the internet in general),” Chris Demchak, co-director of the Center for Cyber Conflict Studies at the U.S. Naval War College, told Foreign Policy in an email.

Huawei isn’t just providing cell phones, towers and fiber-optic cable and then turning them over to local businesses. The telecom giant — and sometimes its Chinese rival ZTE — is often running these networks for the local communications providers and the government.

“Generally, most of the employees operating these systems are Chinese and the arrangements usually include delegating maintenance and decisions about future updates to Huawei as well, thus ensuring the Chinese firm’s control of the basic technological architecture’s foundation, evolution, and operations,” Demchak noted.