Ethiopian Review’s 2012 Person of the Year is Julian Paul Assange. 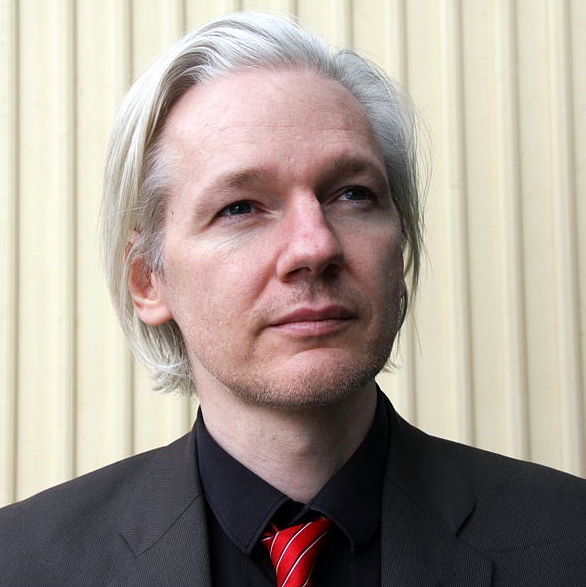 The people of Ethiopia continued to wallow in misery in 2012 and the main cause is lack of freedom. The level of prosperity and quality of life in most countries are in direct parallel to the freedom their people enjoy. The most affluent people with the highest quality of life in the word are those who enjoy the greatest level of freedom. Over 95% of Ethiopians live in abject poverty not because Ethiopia lacks natural resources, or its citizens are lazy. The root cause of Ethiopia’s misery is lack of freedom. Ethiopia is being governed by one of the most brutal and stupid dictatorships in the world. We Ethiopians are unable, so far, to wage a successful struggle to remove the tyrannical regime that is tormenting and brutalizing us partly because of the billions of dollars that the regime is receiving from the United States and European Union. For our struggle to succeed, every bit of support we get from friends of freedom helps a great deal and we have to show our appreciation by giving due recognition. Julian Assange is one of the most important friends of freedom, and as he is currently being persecuted by the U.S. Government (read here), we need to stand with him and show our support and appreciation.

Because of Julian Assange’s effort, the world knows that heroic Ethiopians such as Andualem Aragie, Eskindir Nega, Reeyot Alemu, Woubshet Taye, Olbana Lelisa, Bekele Gerba and countless others are languishing in jail after being falsely accused of terrorism by a regime that is bankrolled by the U.S. Government and the European Union, and assisted by China.

U.S. diplomatic cables from Addis Ababa confirmed that the U.S. Government is fully aware that the TPLF junta’s terrorism charges against human rights advocates, journalists and political opponents have been fabricated, thanks to Julian Assange (read here). The U.S. cannot deny any more the atrocities that are being perpetrated against the people of Ethiopia by the regime it is financing.

Brave and creative individuals like Julian Assange are playing an important role in shaming the U.S. Government and forcing it to change its anti-human rights foreign policy using the power of information. The U.S. Government’s hypocrisy in regards to human rights is a well established fact before Julian Assange’s Wikileaks came into existence. But when it is confirmed by U.S. officials themselves through leaked documents, the U.S. foreign policy — which has produced more terrorists than the madrasas in Pakistan — will hopefully get heightened scrutiny by the American people.

Julian Assange is now a hunted man by none other than the Obama Administration. He is currently hiding inside the Ecuadorean embassy in London. The U.S. Government, that we all looked up to as a beacon of freedom, is trying to silence a website editor for exposing the crimes that are being perpetrated around the world in the name of the American people.

We understand that the U.S. Government has a legitimate need to keep its secrets, but that is not the job of journalists or website editors. The persecution of Julian Assange by U.K. and U.S. is a setback for press freedom in the world. It’s already giving some governments an excuse to pass laws that would make it a crime for the independent press to publish state secret.

In choosing Julian Assange as “Ethiopian Review’s Person of the Year for 2012,” we say thank you and appreciate his creativity and courage. We also want to add our voice to the calls being made by freedom loving people around the world for Obama to respect America’s most cherished liberty that is enshrined in the 1st Amendment to the U.S. Constitution, which prohibits the government from abridging the freedom of speech, or of the press.